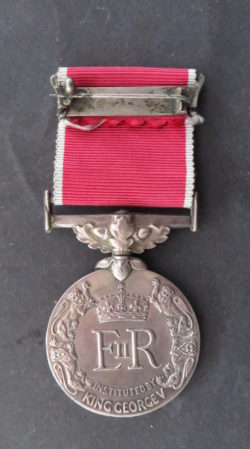 'A violent explosion occured at the Y.M.C.A. Sweet Water Canal Bridge in Ismalia  when a home made bomb  planted by Egyptian terrorists blew up. A truck, which formed part of the British check post at the bridge, became a blazing inferno, A corporal was wounded  and unconcious inside the truck while outside a Lance Corporal was wandering about dazed, with his right arm badly injured.

Ioannis Pavlou was at the  time of the explosion some ten yards from the wireless truck, driving towards the bridge. Although his own car was brought to a violent halt  by the force of the explosion and he himself was somewhat dazed, Pavlou, regardless of the fact he was dressed in civilian clothes and in appearance could easily  been mistaken for an Egyptian terrorist, without hesitation left his own car and went to the aid of two Royal Air Force policemen. He helped the Lance-Corporal across to the opposite side of the road and then returned to the wireless truck and dragged out the Corporal from the back to safety.

Pavlou acted with promtitude and courage, without thought for himself.' 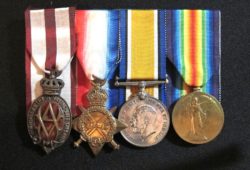 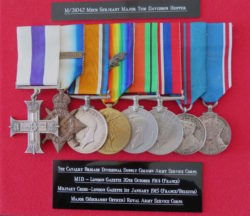