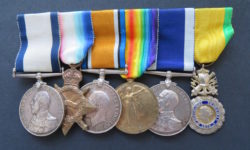 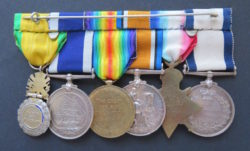 Conspicuous Gallantry Medal group. A rare Great War Arabian Coast operations group of six A.B. R.N., for his gallant part in the landings and capture of Salif in June 1917, later served as one of the Honour Guard at the funeral of the Unknown Warrior