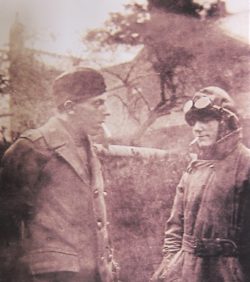 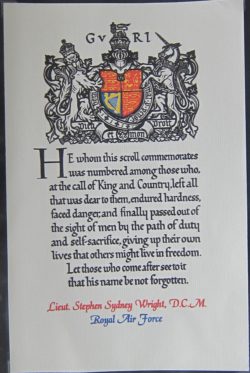 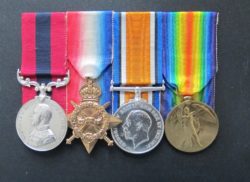 D.C.M. L.G. 25/11/1916 ‘For conspicuous gallantry and resource in directing the men of his platoon during a raid on enemy trenches, and later, in returning several times across.”No Man’s land” to carry in the wounded’.

Commd. R.A.F. 28/7/1917 he was killed in action, 17/4/1918 being the 14th victim of the German ‘Ace’  Georg Schlenker of Jasta 3 when his RE.8 was shot down over Hazebrouck whilst flying with 7 Sqdn. Recipient address shown as Hollowgate, Rotherham