D.S.M. (GVI) ( Y.S.)‘For bravery in action and under fire at Tobruk. A rare Naval land award

Product added! Browse Wishlist
The product is already in the wishlist! Browse Wishlist
SKU: A8363 Category: Awards For Gallantry And Distinguished Service
Distinguished Service Medal, (GVI) ( Y.S.)
Officially impressed , neat official correction to surname
D.S.M. L.G.  17/11/1942. Yeoman of Signals Leslie Charles Deffett Holmes, P/JX.136920.’
‘For bravery in action and under fire at Tobruk.
Seedies Roll confirms – ‘U.P. Bty Tobruk. Fall of Tobruk 20 June, 1942.’
4 D.S.Cs. and three D.S.Ms. awarded for the fall of Tobruk, all to members of this most unusual unit.
The ‘unrotated projectile’, a short range anti-aircraft rocket, developed for the Royal Navy.
The weapon had 20 smoothbore tubes and fired ten at a time. A small cordite charge was used to ignite a rocket motor which propelled the fin-stabilized 7-inch diameter rocket out of the tube to a distance of about 1,000 feet, where it exploded and released an 8.4 ounce mine attached to three parachutes by 400 feet of wire. The idea was that an aeroplane hitting the wire would draw the mine towards itself where it would detonate.
Tests in the U.K. had suggested that they were too dangerous to the population to be used at home and so they were tried out by the Royal Navy batteries at Tobruk. 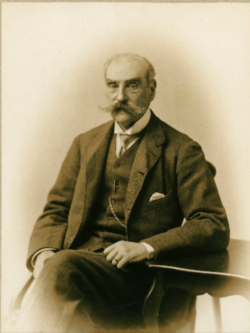