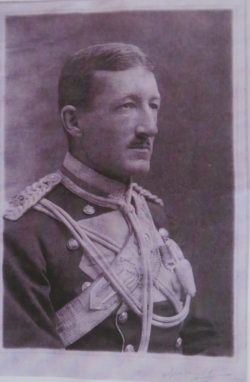 D.S.O. L.G. 8/3/1919 Lieutenant-Colonel Donald Hugh McNeile, 19th Lancers, Indian Army (EGYPT) ´On the 19th-20th Sept. 1918, he, with his regiment, covered a distance of some 90 miles from Selmeh to Jisr Mujamia, within 48 hours, during which he seized and prepared for the demolition of the bridge at Jisr Mujamia by daylight. This performance included two consecutive all-night marches over difficult country, and during the whole period there was practically no rest for man or horse. He did fine work.´