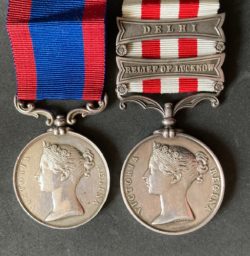 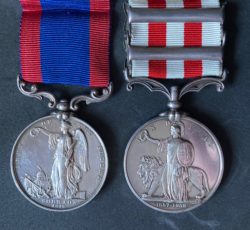 Duncan Kyd Presgrave was born at Saugor on 10 April 1828, the son of Colonel Duncan Presgrave, Engineers.was commissioned Ensign on 29 December 1844  served during the First Sikh War at the Battle of Sobraon. Promoted Lieutenant on 10 June 1850, he was present at Delhi also  having been appointed Interpreter was attached  to the 75th Highlanders. He was subsequently present at the Battles of Bulandshah and Agra; the Relief of Lucknow under Lord Clyde; and the defeat of the Gwalior rebels at Cawnpore.Promoted Captain on 21 August 1859, Presgrave died of cholera at Peshawar on 21 October 1862, whilst serving as Captain in command of the 8th Native Infantry (the renumbered 59th Bengal Native Infantry), leaving a widow and seven children 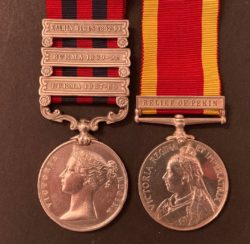 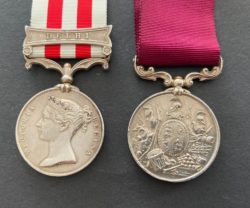 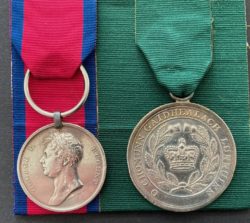