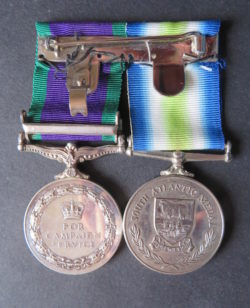 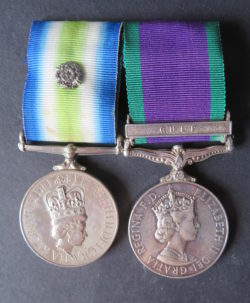 Product added! Browse Wishlist
The product is already in the wishlist! Browse Wishlist
SKU: A8613 Category: Modern Groups
South Atlantic 1982, with rosette (AB(S)  H.M.S. Glamorgan), C.S.M.  clasp, Gulf (AB(S) D157672S RN)
T. Pryor
Mounted as worn,
H.M.S. Glamorgan, a County-class Destroyer launched in 1964,  She was slightly damaged by bombs on 1 May 1982, and was hit by a land launched exocet missile on 12 June 1982, with the loss of 14 men killed. The fires from this attack were brought under control and she was back in service 36 hours later. 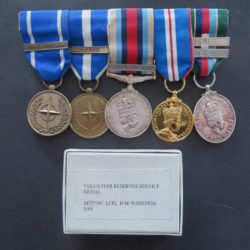 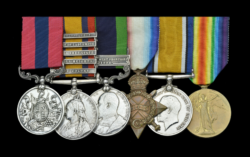 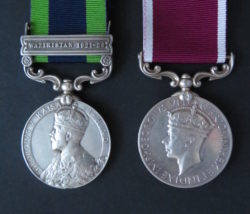 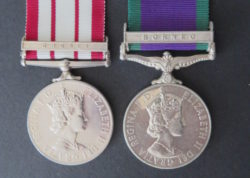