Commanded a major British military expedition to the ‘Pirate Coast’ on the south-eastern Persian Gulf. Having roundly defeated the enemy and pacified the pirate stronghold of Ras al-Khaimah, Keir Grant succeeded in securing an agreement with a number of important tribal leaders, leading to an historic Peace Treaty of 1820 which heralded local truces and the foundation of the Trucial Sheikhdoms as well as the abolition of the Slave Trade in the area. (Collar and insignia of the Order of the Lion and Sun of Persia).

Additionally one of just eight Officers of the 15th Light Dragoons to receive the gold Ehrenmedaille für Englische Kavalleriste, expressly awarded by the Holy Roman Emperor, Francis II, for gallantry in saving him personally from capture by French forces at the Battle of Villers-en-Cauchies (which is variously spelled in historical records), near Cambrai, in 1794. 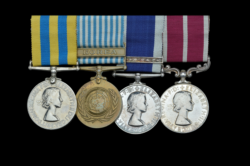 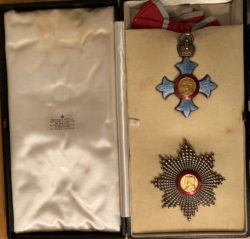 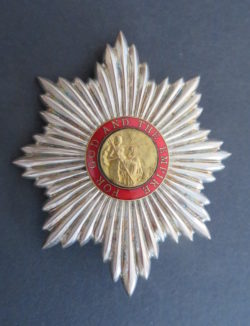 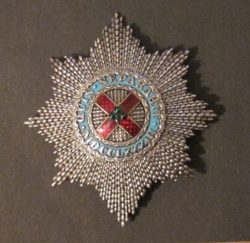 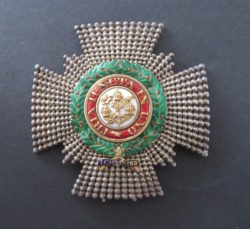 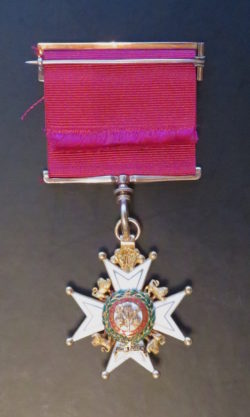 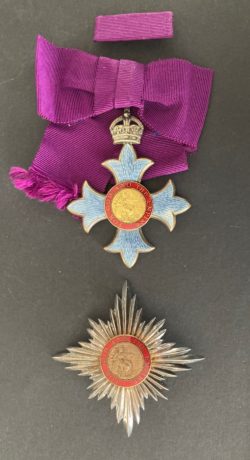