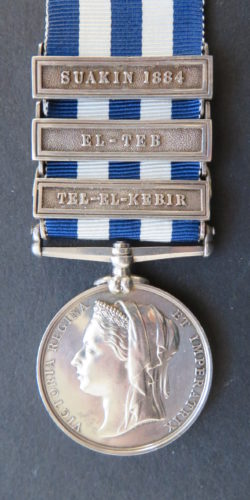 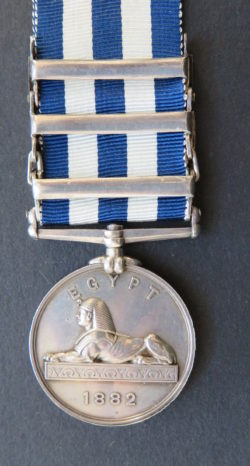 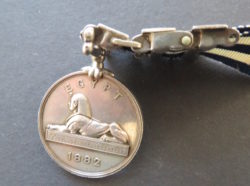 Private Robert Tutt of the Royal Marine Light Infantry later wrote an account of the battle of Tel-El-Kebir:
“It was a time of wild confusion and fury, the ceaseless, savage plying of butt and bayonet, and the driving forth of a dispirited and panic-stricken horde. There was a hideous clamour – the shouts of the combatants, the rattle of musketry, the clash of steel, the crash of artillery, the cries of the wounded, and the despairing screams of the dying masses. And above all there arose that sound which you can never mistake – the skirl of pipes, for as soon as the Highlanders were in the trenches and on the tops, their bagpipes rose in wild strains and fired the kilted troops to great achievements."
Lovely condition