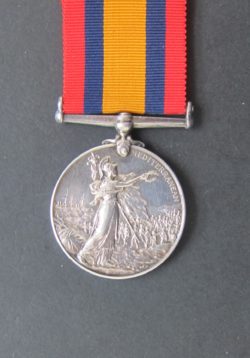 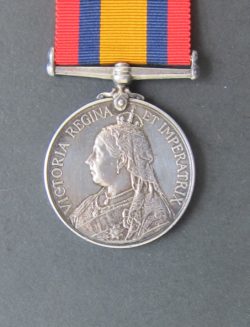 Hugh Blenkinsop Spence, B.  March 1881,  educated at Marlborough College.  2nd Lieutenant  3rd/ West Yorkshire Regiment (Militia),  1900 and  Northumberland Fusiliers, December 1901. Ret.  1912 and appointed a Captain in the West Yorkshire Regiment Special Reserve. Mobilized on 4 August 1914. With the 1st Battalion W. Yorks R. Served in France from 1 October 1914, being wounded in the right arm by shrapnel on 13 October 1914 and invalided home on 15 October. In a report, Spence stated he had been hit by shrapnel whilst unfastening the doors of several houses in the hamlet of Vieux Berquin in which Belgian women and children had been held and which were on fire. Reports from him on this German atrocity and his treatment following his wounding found its way to the Irish Times of 24 October 1914 and Spence was subsequently required to account for his unguarded statements which found their way to the press. Appointed Acting Major, June-December 1917. As a Captain in the 3rd Battalion West Yorkshire Regiment he was charged with drunkenness in January 1917 but was honourably acquitted at his court martial in June. In January 1918 he was reported as being ‘strange on occasions’ – blamed on consuming alcohol. Again charged with drunkenness but was again honourably acquitted at his court martial in November 1918. Demobilized on 4 June 1919, he continued to serve in the Special Reserve.