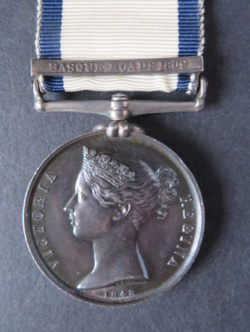 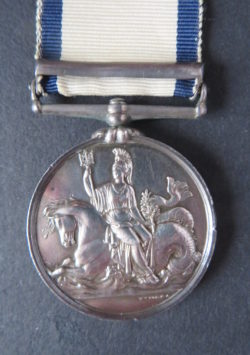 Product added! Browse Wishlist
The product is already in the wishlist! Browse Wishlist
SKU: A8590 Category: Single Campaign Medals
Naval General Service Medal, clasp Basque Roads 1809
John Prince, Lieut. R.N.
Prov. Hyman Collection 1928.
John Prince entered the Navy on 30 May 1800, as a Volunteer, on board the Ariadne 20, Captain James Bradley, with whom, on removing as Midshipman in the following August to the Andromeda frigate, he sailed for the West Indies. On leaving the Andromeda, which ship had been latterly commanded by Captain Edward Durnford King, he joined, in October 1801, the Magnanime, Captain Taylor, and in the early part of the ensuing year returned to England. Between February 1802 and the date of his promotion to the rank of Lieutenant, 7 November 1807, he served on board the Amphion 32, Captains Richard Henry Alexander Bennett, Alexander Fraser, and Thomas Masterman Hardy, Africaine 38, Captain Thomas Manby, and Resolution 74, Captain George Burlton. The Africaine, after having been for about two years employed in blockading two French frigates lying at Helvoetsluys, and for several months off the Texel, proceeded with convoy to the West Indies, where, prior to her return with the homeward-bound trade, she suffered severely from the yellow fever. Soon after his promotion Mr. Prince joined the Forester sloop, Captain Richards, stationed in the North Sea. In December 1807 he went back to the Resolution, and in 1809 he served with the flotilla during the operations in the Scheldt. Between February 1810 and September 1815 he was employed on the Mediterranean and on the West India and Home stations in the Rodney 74 and Ville de Paris 110, both commanded by Captain Burlton, Rodney again, Captain E. D. King, Leonidas 38, Captains George Frances Seymour and William King, and Nautilus 18, Captain William Bradley. He was promoted to Commander on 16 October 1841.
Commander Prince married Isabella, youngest daughter of the late Sheldon Cradock, Esq., of Hartforth, co. York, and sister of the present Sheldon Cradock, Esq., of Hartforth, Colonel of the North York Militia, and M.P. for Camelford in 1830.
Lovely old black toning. 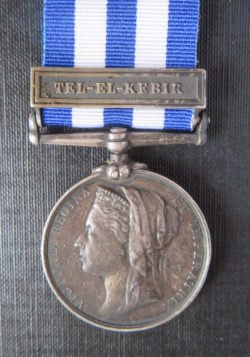