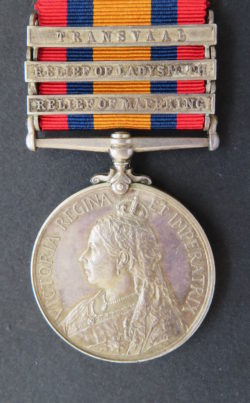 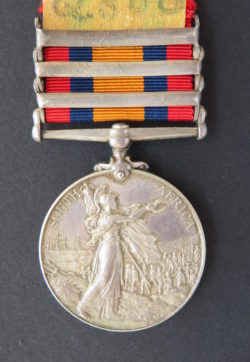 ‘In 1885 Rupert was named in the Wrexham Advertiser, when he appeared as a witness at the age of 6.
charge of assault against a schoolteacher. – Miss Annie Grainger, infant mistress at the Tenter’s National School, was summoned by Thomas Ledsham, engine fitter, of the firm of Messrs Hockenhull and Ledsham, Yorke-street, for assaulting his little boy. Thomas Ledsham, five years of age, by caning him on the 22nd January. Rupert Snape, a sharp little fellow, who said he was thicketh years old, described, with naive simplicity, the caning administered to the boy Ledsham, and said, in reply to Mr Acton, that if he (witness) had received the same himself he wouldn’t have cried”—he’d “have done nothing” (Laughter.) Obviously, he was a tough little lad!”

On 22 February 1896 (now aged 16) he is on the passenger list of the Ionic and sailing from Plymouth to Wellington, Snape`s destination was Cape Town. His listed occupation was a miner, as were many others on the list.

Snape enlisted 30 November 1899 at Pietermaritzburg into the Colonial Scouts, his rank was Trooper, and he was aged 22 and a storekeeper by trade.
His entry in the records show he was discharged 21 March 1900…..Later he enlisted 22 March 1900 at Pietermaritzburg into the Imperial Light Horse when he was a Corporal. Records show he was discharged 2 November 1900.’

He died at Lourenco Marques on 15 July 1903. It was renamed Maputo and is now the capital of Mozambique. It superseded the Island of Mozambique as the capital of Mozambique in 1898. In 1895, the opening of the NZASM railroad to Pretoria, South Africa, caused the city’s population to grow. The Witwatersrand Gold Rush, which began in 1886, further increased the economic development of the city in the late 19th and early 20th centuries as Lourenço Marques served as the closest seaport for the export of gold from South Africa.