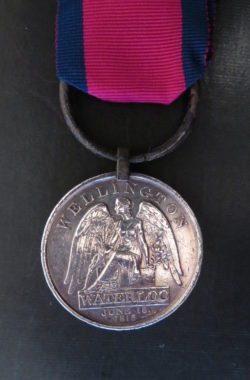 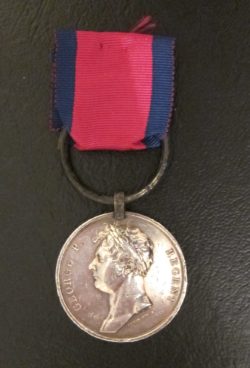 Additionally mentioned in 1820 as being a witness at the inquest following the disturbances at the funeral of Queen Consort Caroline. A squadron of Life Guards were present. During an outbreak of violence the guardsmen were attacked by a mob with bricks and stones. The guards retaliated, initially shots were fired into the air and the flat of the sword utilised. Eventually shots were fired into the mob  and some sabred. Two were killed and a larger number wounded. There was issue over whether the riot act was read. The jury returned a verdict of wilful murder by a Life Guardsmen unknown.

Two witnesses identified Sub-Lieutenant Gore as the perpetrator of one of the ‘murders’ shot at short range. One witness additionally later picked out Gore’s horse. Thomas Rutherford, being servant to  Gore, bore witness in his defence (The Last Days, Death, Funeral Obsequies, &c., of Her Late Majesty, Caroline. Page 216) and swore that his master went on duty without his pistols in his holsters. Such was the nature of his evidence that the foreman ‘suggested the propriety of expunging it altogether. He had said and unsaid various things. For his part he did not believe a word the witness said. The foreman moved that the evidence of the witness should be obliterated. Several jurors concurred in the suggestion. One of them declared that the witness was a perjured man, and had told a base lie.’

Gore himself later testified that his his pistols were not carried that day ‘to the best of his knowledge’ nor did he recall borrowing any and nor did he recall who gave the order to fire.’ According to court records at was at that time rebuked for ‘levity’ in smiling. It would appear to have ended reasonably well for Gore being recorded as Captain 1823, married well in that year and promptly retired from the service.’

A note with states ‘ Trooper Thomas Rutherford (was born 22 December, 1793) ‘ a native of Pansha, near Sunderland, he joined the First Regiment of Life Guards on the 10th December 1811 aged 17, and proceeded to the Peninsula, seeing service at the time of  Vittoria, he served with the Regiment during the campaign in the Netherlands and France and is confirmed as being present at the Battle of Waterloo. He remained with the Regiment and appears to have died of consumption whilst still serving in 1830 at Greenock. He had served 18 years and 254 days as a Trooper with the Regiment and was granted 2 years service for his services at Waterloo. (presumably drawn from musters)