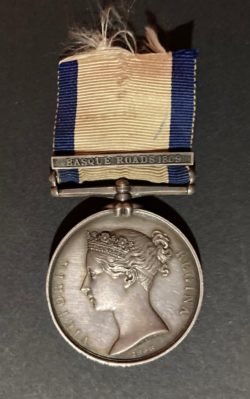 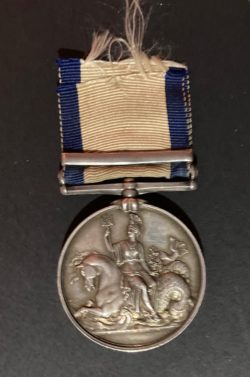 Captain (ret.) William Silvester Addington entered the Navy on 27 January 1799, as an Able Seaman on board the Penelope, and continued to serve as Midshipman and Master’s Mate of the Brilliant, Hydra, Endymion and Egyptienne frigates until February 1807. During this period he was very actively employed off Newfoundland, and in the Channel and Mediterranean, in cruising against the enemy, from whom he assisted in taking a large number of privateers and other armed vessels, and, on one occasion, several richly laden Spanish merchantmen. On 12 March 1807, he was promoted to a Lieutenancy in the Maida 74, part of the force employed in the ensuing expedition against Copenhagen. In the course of 1808 he joined the Leviathan and Revenge 74’s, in the latter of which ships he witnessed the destruction of the French shipping in the Basque Roads in 1809, and accompanied the expedition to the Walcheren. In October 1810, he sailed in command of the Orion transport, with combustibles intended for the destruction of the Toulon fleet; and from April to September 1811, he had charge of the Delfine fire-brig in the Adriatic. He was then unemployed until August 1827, when he was appointed to the Prince Regent 120, bearing the flag at the Nore of Hon. Sir Henry Blackwood. He remained in that ship until promoted to Commander in July 1830. In June 1851, he was transferred to the list of Commanders on reserved half pay, and, in April 1856 was promoted to the rank of Retired Captain. He died in 1863. 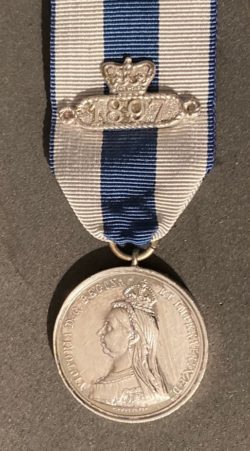